For our 4th annual racial justice awards, MuslimARC is recognizing exemplary individuals from Michigan in 4 categories: 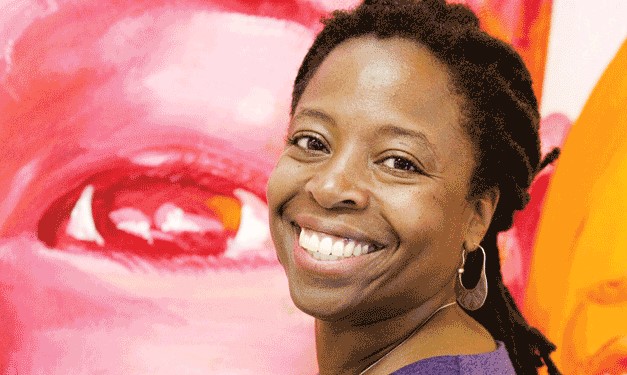 “Julia Putnam, the principal of Detroit's James & Grace Lee Boggs School, is the most recent in a long line of strong women helping to build the next generation — dating back to her great grandmother, the first in her family to come to Detroit from Alabama, a woman called "mother" by all in her family. Putnam's grandmother was a receptionist at a social services agency, her mother a nurse, and so it makes sense that the next generation in this matriarchal line would embody work and service to community.” Read more.

Julia taught for five years in Detroit, including serving as writer-in-residence for the InsideOut Literary Magazine program. She wrote a regular column on education (“Learning for Life”) for the Michigan Citizen, which has been required reading at major Michigan universities. In 2015, Julia served as a member of the Coalition for the Future of Detroit Schoolchildren.

As the Principal, Julia works with teachers, parents, and students on developing and maintaining positive school culture and ambitious instruction. She has an eleven-year-old daughter who attends the Boggs School and a thirteen-year-old son. Julia holds a BA in English from Michigan State University, an MA in Liberal Studies from the University of Detroit, Mercy, and an MA in Education and teaching certification from Wayne State University. Julia brings expertise in teaching, leadership, youth development, and community organizing.

From Amber York, whose children attended the Boggs School:
“I would like to share a few of my thoughts about Julia Putnam's visionary leadership. Julia's ability to translate a clear vision of 'the world that should be' into everyday pedagogy is what makes her work exceptional. Julia takes our shared vision of a world where there's enough for us all and translates it into classroom, extra curricular and administrative practices that bring it to life. Lots of us have amazing ideas and visions of how the world could be different--free from injustice and flowing with harmony. The uniqueness of Boggs is in their ability to actually create a vibrant community that reflects these values in the present. The Boggs school is where adults and children are committed to living and learning in ways that respect children's leadership and full personhood.” 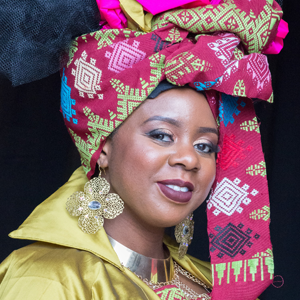 Zarinah El-Amin Naeem is an internationally recognized social entrepreneur and mentor to women business owners who go against the grain and build businesses based solely on their unique gifts and talents. A strong proponent of sisterhood, travel and culture, Zarinah helps her unique clientele live lives of joy and prosperity through infusing the spirit of sisterhood and philanthropy into their freedom business model. Through her own unique brands, Zarinah’s work has reached thousands of people across the globe and helps to usher in what she calls a Global Culture of Love.

Named Zarinah (of gold) by her parents, Zarinah aims to help women tap into their own personal God given gold mine - their unique gifts and hobbies - so that they can both enliven their own soul and by extension, enliven the world.

Founded in 2013 by Zarinah, the Headwrap Expo serves as a tool to build cultural love and community using art and interfaith traditions. As an avid head wrap wearer, Zarinah noticed how many people were curious about her dress yet very little knew about the many faiths, cultures and groups of people across the globe who also wear wraps. Zarinah remembers fond beginnings, “People would ask me how to tie my scarf so I began doing impromptu fashion shows in the ladies’ room.”

After studying the wrapping styles of Orthodox Jews, Christians, Sikhs and other Muslims, Zarinah decided to organize a large public event to bring all of these groups together. “What I found was that in America, many stereotypes, misconceptions and misunderstandings exist between various ethnic and religious groups because we are often very segregated. The expo allows us to interact, exchange ideas and get to know one another on a deeply, human level. It’s a place where you can ask all of those secret questions in safety” explains Zarinah.

Those impromptu sessions led to Zarinah founding Beautifully Wrapped, an international, interfaith project that brings together people of all cultures and ethnicities to showcase the art form of headwrapping as a way to promote beauty, spiritual identity and holistic health and healing. 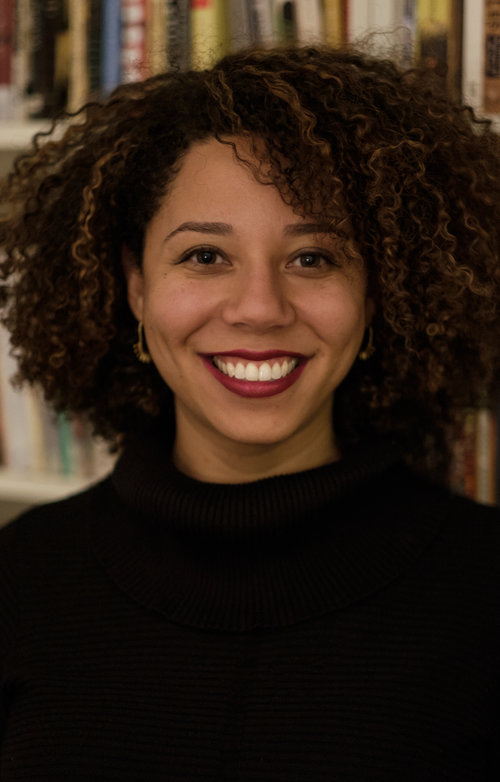 "Amanda Alexander once represented a client who gave birth while incarcerated. Convicted for a 'relatively minor offense,' according to Alexander, the woman didn't know she was pregnant until she got to prison. After the delivery, the mother got to spend a mere 24 hours with her daughter before Child Protective Services took her away. Fortunately, Alexander and her organization, the Prison & Family Justice Project at University of Michigan Law School, got the grandmother to show up to the first hearing and for the court to place the baby in her guardianship until the mother was released from prison. While that situation resolved itself in everyone's best interest, that's often not the case. "Because of something as minor as passing bad checks that could mean a mother losing her children and family—permanently," says Alexander.

That case, and others like it, convinced Alexander a multi-pronged approach to mass incarceration was needed. For years, she engaged others in the field and thought about what efforts could lead to systemic change instead of fighting on a case-by-case basis. And after that lengthy period laying groundwork, Alexander launched the Detroit Justice Center in December 2017. The nonprofit will provide traditional community legal services to underserved Detroiters. But it will also support other organizations in this effort and promote "just city" initiatives with the ultimate goal of creating a more just Detroit.” Read more.

Amanda Alexander, founding Executive Director of the Detroit Justice Center, is a racial justice lawyer who works alongside community-based movements to end mass incarceration and build thriving and inclusive cities. Originally from Michigan, Amanda has worked at the intersection of racial justice and community development in Detroit, New York, and South Africa for more than a decade. Amanda received her JD from Yale Law School, her PhD in international history from Columbia University, and her BA from Harvard College. 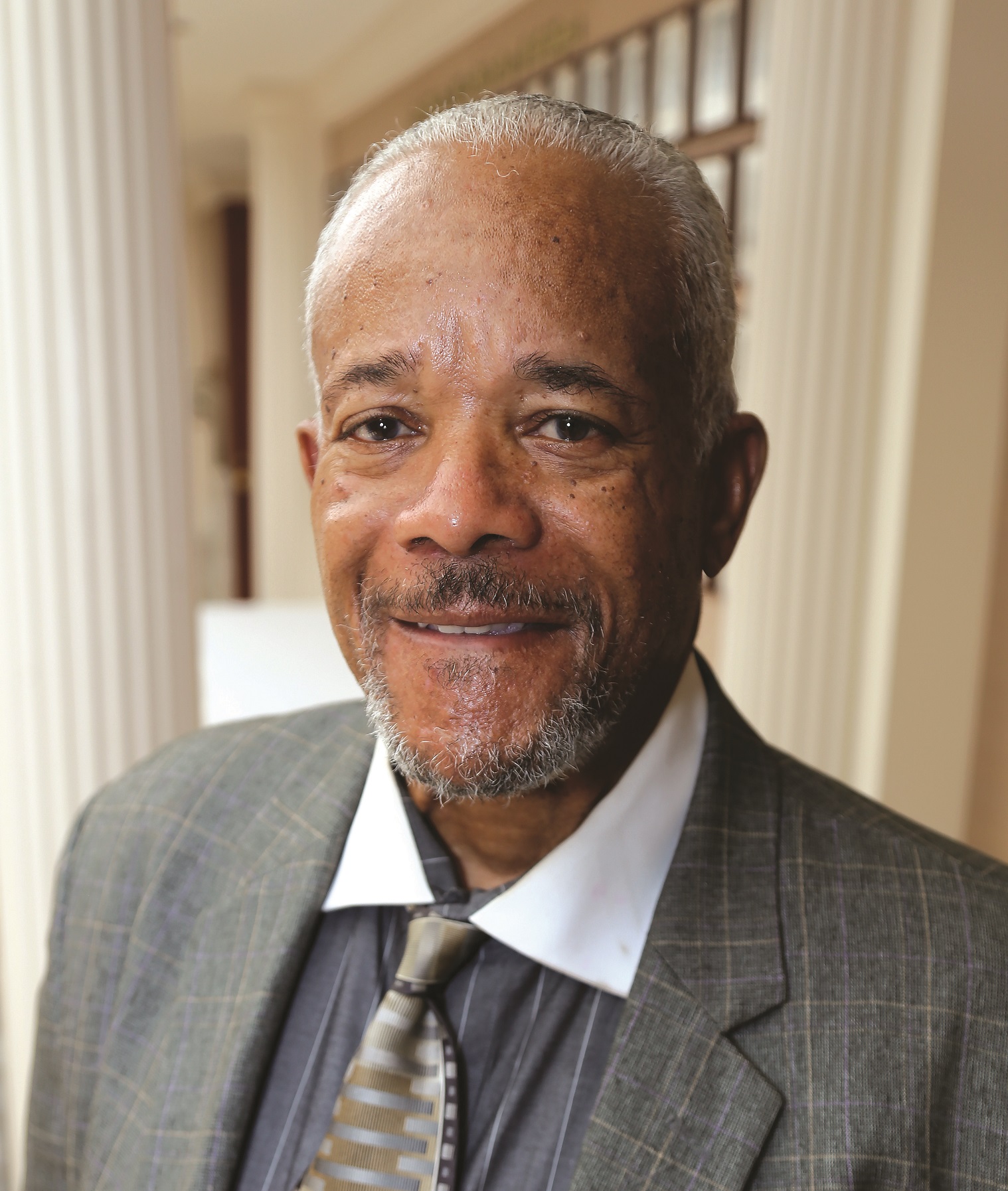 “The Honorable Adam Shakoor, who had become a Muslim in college and changed his name to reflect his faith, considers a federal case he handled during that time, Derrick Ali and Samuel Rahman v. Perry Johnson, as one of the most memorable of his career.
‘I represented two prisoners in a challenge to the correctional system in Jackson,’ he said. ‘They were not allowed to practice their religion as Muslims and wrote me asking if I’d consider it. I took the case.’ Judge Shakoor prevailed for his clients, and, as a result, the state prison system changed its rules, hired its first [Muslim] chaplain and allowed [Muslim] inmates their dietary and worship practices and to observe the holy month of Ramadan.”

In 1981, Judge Shakoor was appointed as a judge of the Common Pleas Court for Wayne County. It was the first time in the nation’s history that an American Muslim served as a judge. Elected to serve two terms as chief judge, he implemented a drug docket and an environmental court that cleared a 10-year backlog of cases, secured funding to allow for the full computerization of the court, and established offsite locations for paying traffic fines. He left the court in 1989 to become deputy mayor and chief administrative officer of Detroit. Appointed by then Mayor Coleman A. Young, he served in that role from 1989 to 1993. In this role, he developed the Boot Camp After Care Detention Program, which became a model statewide.

Judge Shakoor has handled several hundred jury trials in district, state and federal court as an attorney and as a judge involving all aspects of complex civil and criminal litigation. He is also an accomplished administrator. Judge Shakoor is involved in all aspects of probate and civil litigation, employment and labor law, government relations, real estate law, and business and insurance law. He served as an attorney and co-trustee for Mrs. Rosa L. Parks Living during her life and also as a representative in probate court proceedings after her death. Additionally, Judge Shakoor has taught Business Law, Criminal Justice, and other courses at the Wayne County Community College District since 1971.

Judge Shakoor has over 200 awards and certificates from various Federal, State, and Local bodies of government including professional and community organizations.