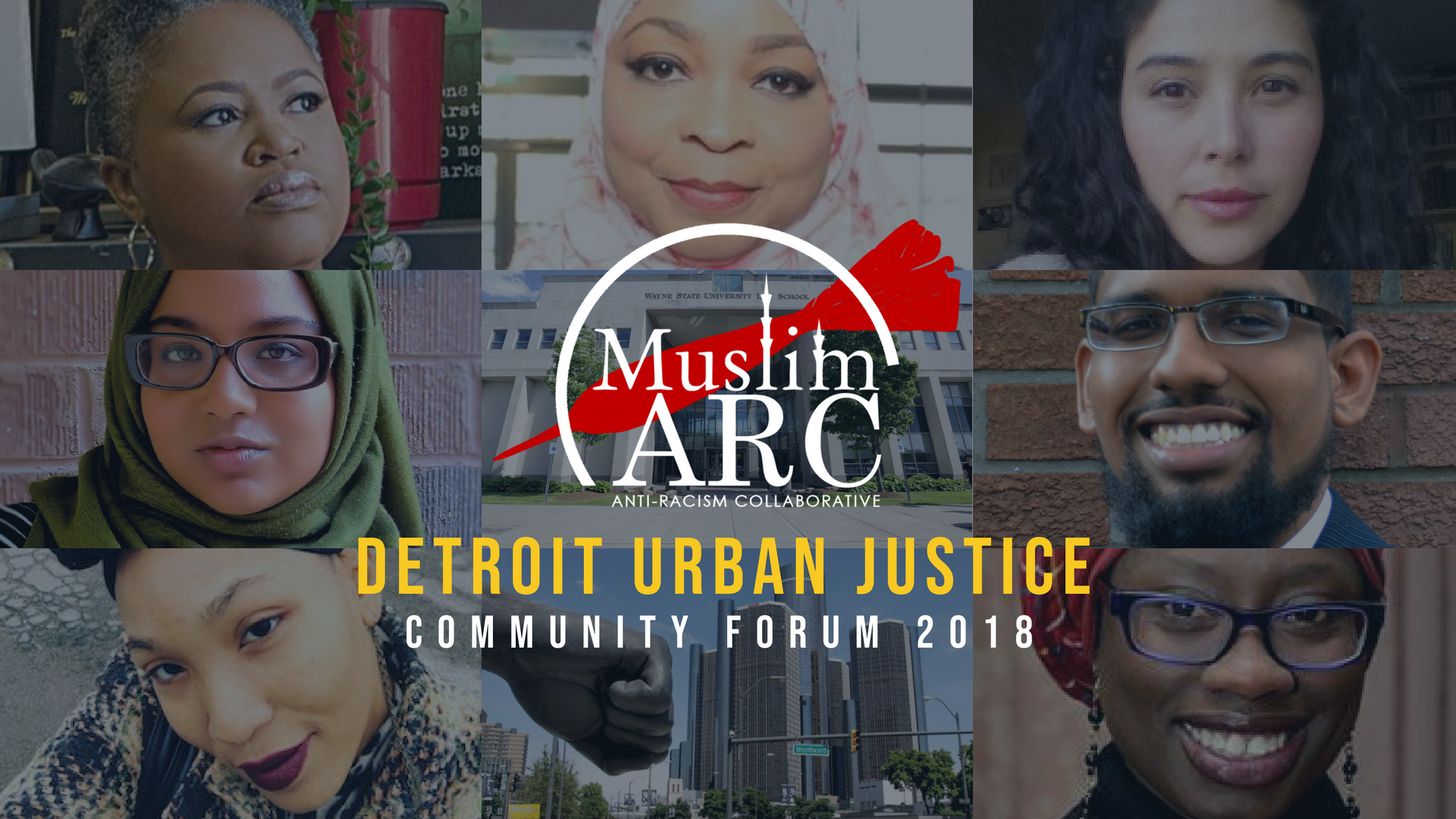 Join MuslimARC for a 2018 DART Community Forum on urban justice in Detroit.

This forum is open to the public - Muslims and non-Muslims, Detroiters and non-Detroiters, and people of all backgrounds are encouraged to attend.

An iconic rustbelt city, the narrative around Detroit’s “economic renaissance” has increasingly drawn attention. This evening event will explore the question, “What does revitalization look like?” in the context of Detroit’s neighborhoods, its people, and its natural resources. Picking up on themes MuslimARC raised during its 2015 Muslim Urban Justice livestreamed panel, we will explore the concept of “urban justice” from the perspectives of Detroit organizers and activists, creating a space for community networking, gathering, and Q&A. Panelists will address issues of housing, water, criminalization, immigration, and the environment. The evening will conclude with remarks from MuslimARC Managing Director Margari Hill, who will draw cross-country connections to Los Angeles-area work.

Food will be provided. MuslimARC strives to create spaces, connect people, and cultivate solutions for racial equity. Please arrive at 7 pm to meet and get to know other community members who are passionate about these issues. There will be time for Q&A and comments after the panel discussion.

This event follows the day-long Detroit Anti-Racism Training (DART), which aims to bring together 30 racially and religiously diverse leaders of community based organizations for a Saturday training based on MuslimARC’s professional development curriculum. The forum will be followed by a closed door roundtable on Sunday of leaders directly impacted by state violence. Each event will move us towards developing empowering solutions to countering systemic racism and Islamophobia.

Detroit Equity Action Lab, Take On Hate, and more to be announced

Space is limited. Please RSVP below to reserve a seat.

or
Please check your e-mail for a link to activate your account.